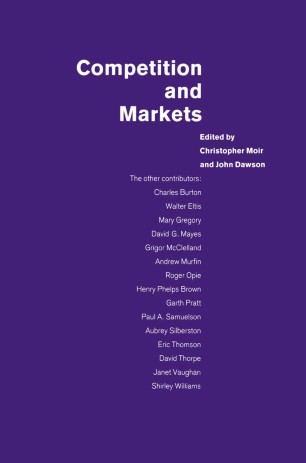 Essays in Honour of Margaret Hall

This book addresses some of the major issues associated with competition in theory and practice. Among other essays, Paul Samuelson considers the theoretical underpinning of privatising state assets. Mary Gregory ponders on the possibility of cooperation rather than competition between employer and worker and whether incomes policies are likely to feature on a medium-term political agenda. Christopher Moir claims that food retail markets are not as competitive as is often claimed and that large food retailers may enjoy monopoly profits. Aubrey Silbertson very cogently sets out the orthodox case for removing trade protection on the industrialised world's clothing industries.