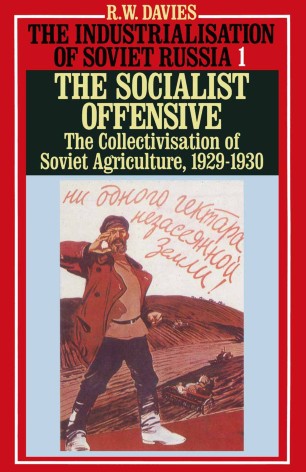 The Collectivisation of Soviet Agriculture, 1929–1930

By the summer of 1929 Soviet industrialisation was well under way, but agriculture was in a profound crisis: in 1928 and 1929 grain to feed the towns was wrested from the peasants by force, and the twenty-five million individual peasant households lost the stimulus to extend or even to maintain their production. In the autumn of 1929 the Soviet Politburo, led by Stalin, launched its desperate effort to win the battle for agriculture by forcible collectivisation and by large-scale mechanisation. Simultaneously hundreds of thousands of kulaks (richer peasants) and recalcitrant peasants were expelled from their villages. This book tells the story of these events, as momentous in their impact on Russian history at the Bolshevik Revolution of October 1917, and of the temporary retreat from collectivisation in the spring of 1930 in the face of peasant resistance. The crisis in the Communist Party which resulted from this upheaval, in the months preceding the XVI party congress in June 1930, is described in detail for the first time.