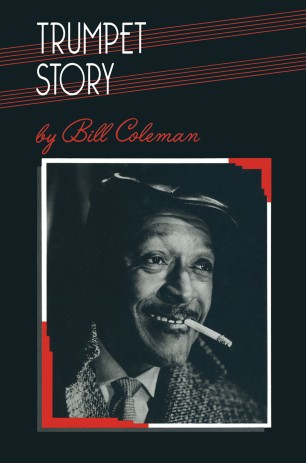 Bill Coleman was one of the most important jazz trumpeters of the swing era. Born in France in 1909, he moved to New York in 1927. Over the next few years he made his name playing with many of the top bandleaders, including Luis Russell, Benny Carter and Fats Waller. In 1935 he returned to France and performed with Lucky Millinder. He spent the war years in New York, playing with, among others, Andy Kirk, Mary Lou Williams, Sy Oliver and Billy Kyle, before returning to Paris in 1941 to lead his own band. Bill Coleman toured widely and the book contains fascinating anecdotes about his trips to India, Egypt, the Philippines and Japan. He died in 1981 and Trumpet Story was published in French in that year.