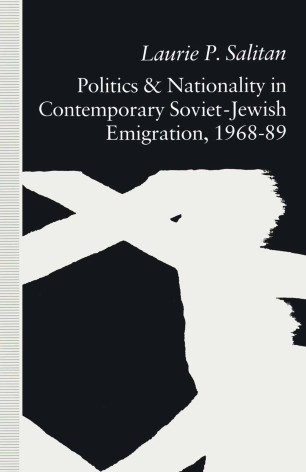 According to this study, Soviet policy toward Jewish emigration is ruled by domestic affairs rather than foreign. It challenges the view that the exodus from the USSR is related to the superpower climate, and offers a comparison with Soviet-German emigration.