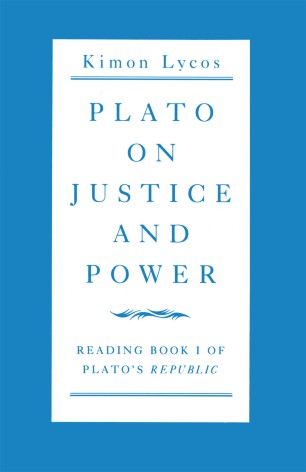 Plato on Justice and Power

Book 1 of Plato's Republic is often treated as a merely negative prelude to the theory of justice presented in the main body of that book. This study argues that, though an introduction to later ideas, Book 1 has its own positive theme and function: to press for the acceptance of a certain perspective on justice that is opposed to conventional interpretations of it. This perspective requires that justice be seen as 'internal' to the power human beings have to render things (including themselves and their societies) good. The analysis of Plato's dramatic characterisation, as well as the discussion of Socrates' arguments, is guided by the thought that they form aspects of a complex overall strategy through which Plato hopes to overcome the resistance of his contemporaries to the 'Socratic' perspective on justice.