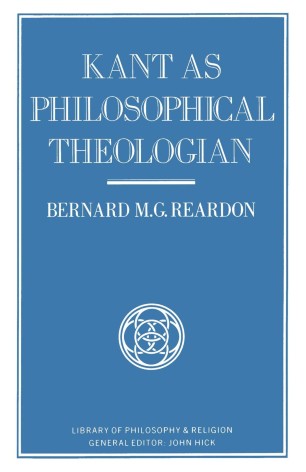 This book sets out to present Kant as a theological thinker. His critical philosophy was not only destructive of 'natural' theology, with its attempt to prove divine existence by logical argument, it also left no room for 'revelation' in the traditional sense. Yet Kant himself, who was brought up in Lutheran pietism, certainly believed in God, and could fairly be described as a religious man. But he held that religion can be based only on the moral consciousness, and in his last major work, Religion within the Limits of Reason Alone - discussed here in detail - he interpreted Christianity purely in terms of moral symbolism. It would be no exaggeration to claim that Kant's influence has been decisive for modern theology.