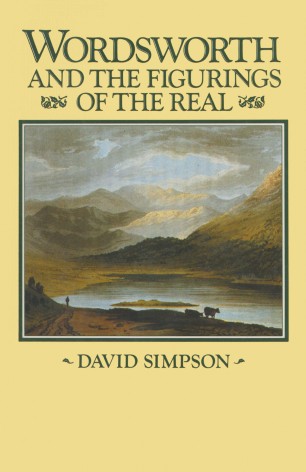 Wordsworth and the Figurings of the Real

Perhaps the most powerful feature of the Romantic imagination is its ability to dissolve existing form and order and create it anew. The Romantic investigation of the functions of the imagination also leads to important insights concerning its problems and dangers. Because it separates the person experiencing it from others around him, the imagination introduces ways of seeing which cannot be assumed to be simply communicable or easily shared, and which have as their objects different forms or 'things'. These forms, or figures, risk becoming for their originators both vehicles of power, in so far as they do convince others of their reality, and limiting constructs of prefigured order, inhibiting their users from the perception of new relations and alternative meanings. When the figured becomes the real, there thus arise difficulties in both individual and social perceptions. Arguing from the stance that all perception takes place by a creative (and hence potentially divisive) assembly of images or qualities into things, David Simpson shows that the analysis of figurative representation in Wordsworth's writing is of central importance to his idea of the human mind, and the way in which it is affected or allowed to function by its environment, both human and physical. In this way Wordsworth's ideas about the function of literature in society are seen to be more fully worked out than readers have often assumed them to be. Simpson pays particular attention to the ethical consequences of different ways of figuring the real, offering an explanation of Wordsworth's distinction between life in the town and life among the mountains and lakes of north-west England. In relating Wordsworth's poetry to important contemporary debates in political economy such as those concerning the division of labour and the evaluation of the advantages and disadvantages of commerce and luxury, he suggests that Wordsworth is a notable precursor of that nineteenth-century tradition which sees the mind as open to critical determination by social and environmental factors.