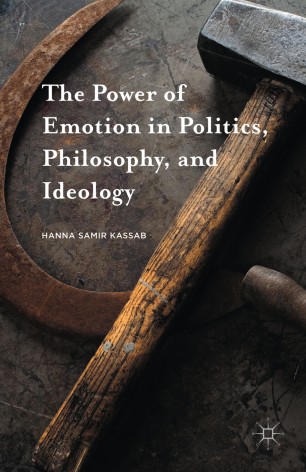 The Power of Emotion in Politics, Philosophy, and Ideology

This book defines political ideology as a structural force that combines ideas, emotion, and people for the purpose of transforming political discourse. It advances a theoretical proposition concerning the creation of alternative modes of governance and proposes a general theory explains the reasons for the creation of political ideologies as an escape from perceived injustice. The theory also explains democracy's success and the failure of Communism and the Fascism. The purpose of any political ideology, whether Democracy, Fascism (and its varieties), or Communism, is to escape human suffering by combining ideas, emotion, and people in the production of fundamental societal change. Ideologies must possess these three variables to attain the necessary power to succeed as a political force. Power gives the ideology the structural ability to transform society, trapping the once free individual into the ideology.

Hanna Samir Kassab is Visiting Assistant Professor of Political Science at Northern Michigan University, USA. He is the author of Weak States in International Relations Theory: The Cases of Armenia, St. Kitts and Nevis, Lebanon, and Cambodia (2015). He is also the co-editor and author of Reconceptualizing Security in the Americas in the Twenty-First Century (2015). He has published articles on International Relations Theory, National Security, politics of the Far-right and Nationalism, acts of Political Suicide, and Foreign Policy.