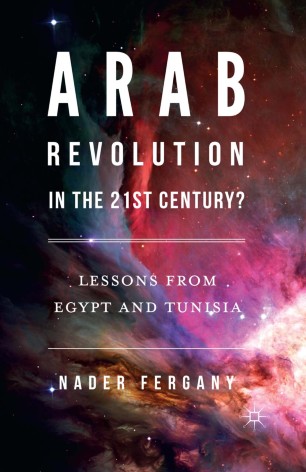 Arab Revolution in the 21st Century?

Lessons From Egypt and Tunisia

In Arab Revolution in the 21st Century?, Nader Fergany presents a compassionate analysis of the Arab popular uprisings in the 21st century, with particular reference to the cases of Egypt and Tunisia. Under authoritarian rule, relentless injustice creates the objective conditions for expressions of popular protest which may culminate in popular uprisings, as witnessed in many Arab countries at the end of the first decade of the 21st century. Unsurprisingly, the slogans of the Arab Liberation Tide (ALT) popular revolts centered around freedom, implying sound democratic governance, social justice, and human dignity for all. In reality, the short-lived governance arrangements which followed the January 2011 popular revolt in Egypt, for example, were little more than extensions of the authoritarian governance system the revolt set out to overthrow. There were differences, of course, between the three short-lived regimes that took power since then, but in form, rather than substance. This book uses a structuralist political economy framework rather than a detailed historical account as it considers how the ALT may prove to be an historic opportunity for human renaissance in the Arab World – or alternatively a disaster of epic proportions.