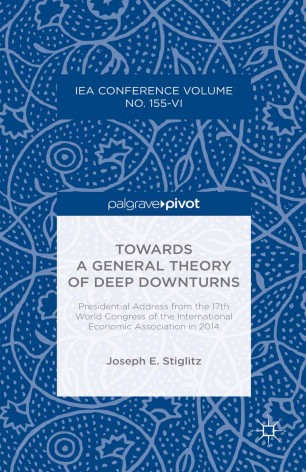 Towards a General Theory of Deep Downturns: Presidential Address from the 17th World Congress of the International Economic Association in 2014

Joseph Stiglitz examines the theory behind the economic downturns that have plagued our world in recent times. This fascinating three-part lecture acknowledges the failure of economic models to successfully predict the 2008 crisis and explores alternative models which, if adopted, could potentially restore a stable and prosperous economy.

Joseph E. Stiglitz is University Professor at Columbia University, USA, and the winner of the 2001 Nobel Prize for Economics. He served as Chairman of the U.S. Council of Economic Advisers in the mid-1990s and as Chief Economist and Senior Vice President of the World Bank during the East Asia Crisis. In the aftermath of the 2008 crisis, he chaired the UN Commission of Experts on Reforms of the International Monetary and Financial System.