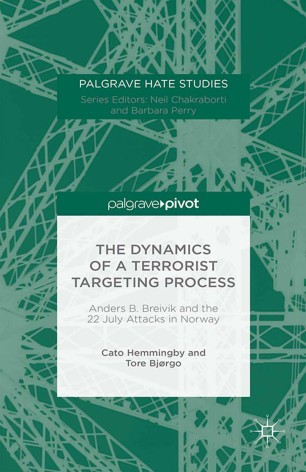 The Dynamics of a Terrorist Targeting Process: Anders B. Breivik and the 22 July Attacks in Norway

This book provides an in-depth analysis of probably the most horrific solo terrorist operation the world has ever seen. On 22 July 2011 Anders Behring Breivik killed 77 people when he bombed the Government District in Oslo, before he conducted a shooting attack against a political youth camp at Utøya. The main focus of the book is on the operational aspects of the events, particularly the target selection and decision-making process. Why did Breivik choose the targets he finally attacked, what influenced his decision-making and how did he do it?
Using unique source material, providing details never published before, the authors accurately explain how even this ruthless terrorist acted under a number of constraints in a profoundly dynamic process. This momentous work is a must read for scholars, students and practitioners within law enforcement, intelligence, security and terrorism studies.