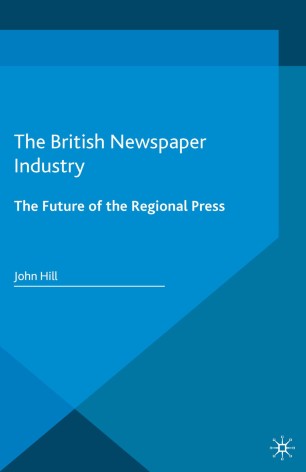 The Future of the Regional Press

It is never very obvious to spectators of the newspaper business just why it is that the industry has suffered so badly in recent years. Most ascribe the reasons to the arrival of the Internet in all its forms when, in truth, most of its problems were created by the newspaper managements themselves, either by weak management in the control of its environment, by a serious lack of foresight in looking to the future, or by assuming that change, if it were to come, would be at the slow pace of past change. The magisterial attitudes of most newspaper managements served to engender a growing resentment particularly among the advertisers who were forced to pay increased rates to enable the cover prices of the publications to be held down. The British Newspaper Industry sets out to distinguish the newspaper industry from the generality of single product organisations and to provide tailored solutions to its problems by drawing on a variety of techniques and practices successfully used in other industries.

John Hill has worked in newspapers in Kenya, Kuwait, Ireland and the United Kingdom. He has an MBA and a PhD and has either written or contributed to nine academic papers or books.