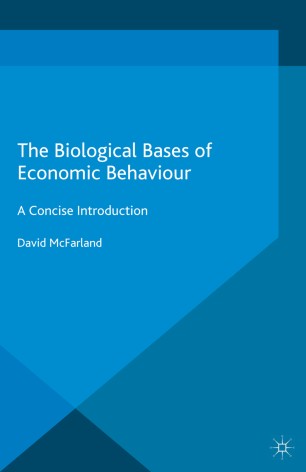 The Biological Bases of Economic Behaviour

Human genetics has changed little over the past 20,000 years, but human economic behaviour has changed a lot. These changes are probably due to human cultural evolution. But studies of human hunter-gatherers, and of a variety of other animal species, show that their micro-economic behaviour is much the same. Whereas the standard economic analysis focuses on money, the biological approach brings time and energy into the analysis. Moreover, humans and other animals tested under laboratory conditions do not exhibit the complexity of the results of field studies. In other words, results obtained in the real world are not the same as those obtained in the laboratory.

The Biological Bases of Economic Behaviour invites readers to approach micro-economics from a biological viewpoint, in a clear and introductory manner.

David McFarland studied zoology (BSc Hons) and psychology (DPhil). He researched and published in the fields of animal behaviour, philosophy, physiology, psychology and robotics. He retired in 2000, and is an Emeritus Fellow of Balliol College, Oxford, UK. Since retiring, he has published seven books.