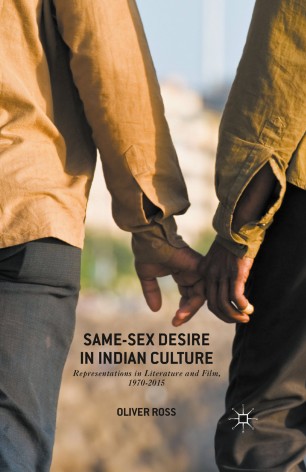 This book explores representations of same-sex desire in Indian literature and film from the 1970s to the present. Through a detailed analysis of poetry and prose by authors like Vikram Seth, Kamala Das, and Neel Mukherjee, and films from Bollywood and beyond, including Onir's My Brother Nikhil and Deepa Mehta's Fire, Oliver Ross argues that an initially Euro-American "homosexuality" with its connotations of an essential psychosexual orientation, is reinvented as it overlaps with different elements of Indian culture. Dismantling the popular belief that vocal gay and lesbian politics exist in contradistinction to a sexually "conservative" India, this book locates numerous alternative practices and identities of same-sex desire in Indian history and modernity. Indeed, many of these survived British colonialism, with its importation of ideas of sexual pathology and perversity, in changed or codified forms, and they are often inflected by gay and lesbian identities in the present. In this account, Oliver Ross challenges the preconception that, in the contemporary world, a grand narrative of sexuality circulates globally and erases all pre-existing narratives and embodiments of sexual desire.

Oliver Ross is a Teaching Fellow of English at the University of Cambridge, UK.

"Oliver Ross brings fresh insight to the debates and texts he examines and undertakes some excellent exegeses of much-analyzed, as well as under-analysed texts. He bravely takes on the current received wisdom that gay identity is 'irremediably Eurocentric'; as he points out, practitioners of queer theory who propound this view exempt queer theory itself from Eurocentricity in a largely unexamined way." - Ruth Vanita, Professor of Liberal Studies, University of Montana, USA and co-editor of Same-Sex Love in India: Readings from Literature and History
Buy options