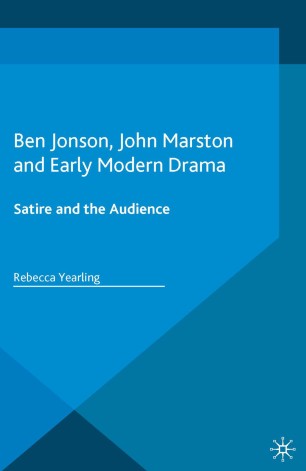 Satire and the Audience

This book examines the influence of John Marston, typically seen as a minor figure among early modern dramatists, on his colleague Ben Jonson. While Marston is usually famed more for his very public rivalry with Jonson than for the quality of his plays, this book argues that such a view of Marston seriously underestimates his importance to the theatre of his time. In it, the author contends that Marston's plays represent an experiment in a new kind of satiric drama, with origins in the humanist tradition of serio ludere. His works—deliberately unpredictable, inconsistent and metatheatrical—subvert theatrical conventions and provide confusingly multiple perspectives on the action, forcing their spectators to engage actively with the drama and the moral dilemmas that it presents. The book argues that Marston's work thus anticipates and perhaps influenced the mid-period work of Ben Jonson, in plays such as Sejanus, Volpone and The Alchemist.