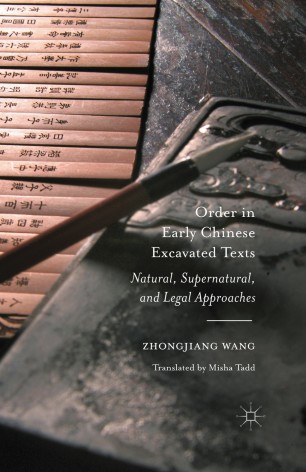 Recently discovered ancient silk and bamboo manuscripts have transformed our understanding of classical Chinese thought. In this book, Wang Zhongjiang closely examines these texts and, by parsing the complex divergence between ancient and modern Chinese records, reveals early Chinese philosophy to be much richer and more complex than we ever imagined. As numerous and varied cosmologies sprang up in this cradle of civilization, beliefs in the predictable movements of nature merged with faith in gods and their divine punishments. Slowly, powerful spirits and gods were stripped of their potency as nature's constant order awakened people to the possibility of universal laws, and those laws finally gave birth to an ideally conceived community, objectively managed and rationally ordered.

Zhongjiang Wang is Professor in the Department of Philosophy at Peking University, China. His research focuses on Chinese philosophy. He is the author of Civilization of Bamboo-Silk and the Word of Ancient Thought (in Chinese).
Misha Tadd is a Postdoctoral Fellow at the Peking University Institute for Advanced Humanistic Studies under Tu Weiming. He studies Han dynasty Daoism.

"In his new monograph, Order in Early Chinese Excavated Texts: Natural, Supernatural, and Legal Approaches, distinguished Peking University philosopher Wang Zhongjiang develops nothing less than a new, nuanced, and compelling interpretation of classical Chinese cosmology. With research fully informed by a close and careful reading of the newly recovered archaeological texts, Wang traces the evolution of order in this antique tradition from earliest religious assumptions to an understanding of cosmic order grounded in a discernable pattern of natural law as an inspiration for a concomitant conception of positive law for the human world." - Roger T. Ames, Professor of Philosophy, University of Hawai'i, USA

"Wang Zhongjiang is one of the leading scholars in the world for the study of excavated texts from early China. In his new book, expertly translated by Misha Tadd, Wang Zhongjiang uses these materials to question many of our long-standing assumptions concerning early Chinese thought. This is a wonderful book, one that is essential reading for anyone interested in early Chinese philosophy and religion." - Michael Puett, Walter C. Klein Professor of Chinese History, Harvard University, USA
Buy options