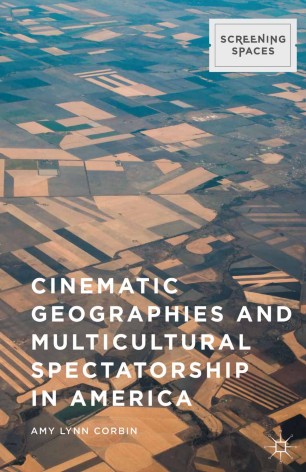 Exploration, intertwined with home-seeking, has always defined America. Corbin argues that films about significant cultural landscapes in America evoke a sense of travel for their viewers. These virtual travel experiences from the mid-1970s through the 1990s built a societal map of "popular multiculturalism" through a movie-going experience.

Amy Lynn Corbin is Assistant Professor of Media and Communication and Acting Director of Film Studies at Muhlenberg College, USA.

"Taking revisionist Westerns of the seventies as its starting point and traveling through cinematic spaces as varied as the American South, cities, and suburbs, Cinematic Geographies and Multicultural Spectatorship in America explores the cinema's role in the creation of cultural landscapes. Its analysis of filmic space focuses not only on the role of travel and exploration within narratives, but it also maps the cinema's creation of spectatorial points of view based on the construction of certain settings in different genres. It is utterly original in its approach to understanding the functions and meanings of space in late twentieth-century film." - Paula Massood, Professor, Film Studies, Brooklyn College, City University of New York, USA