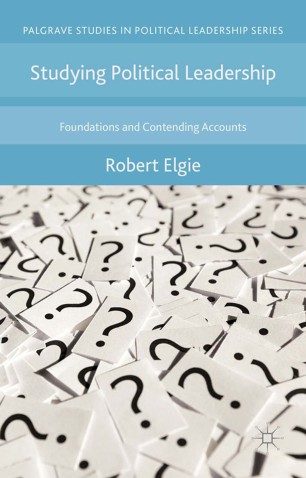 Why are some political leaders stronger than others? How do we make sense of the interaction between the leader's personality and the context that the leader faces? This book provides a unique way of approaching these questions, identifying the very different philosophical foundations that underpin the contemporary study of political leadership.

Robert Elgie is Paddy Moriarty Professor of Government and International Studies at Dublin City University, Republic of Ireland. He has published numerous books, including Semi-Presidentialism: Sub-types and Democratic Performance (2011). He is the editor of the journal French Politics published by Palgrave Macmillan and Review Editor for the journal Government and Opposition.