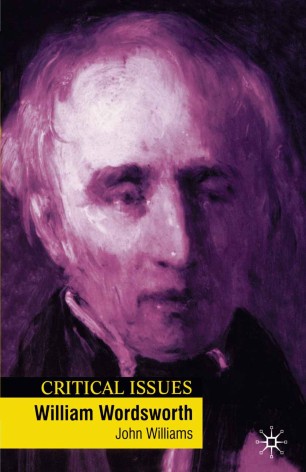 From the earliest reviews of his poetry, readers were deeply divided on the merits of William Wordsworth's work. John Williams looks in detail at the major poems and discusses the critical issues that have dominated discussions of Wordsworth's compositions since they first began to appear in print after 1798.

Beginning with a fresh assessment of the controversies that developed around Lyrical Ballads, the chapters trace the evolution of both Wordsworth's poetry and his reputation through to his death in 1850. At each stage, Williams investigates the possible reasons why critics and readers responded as they did: enraged by his revolutionary 'Jacobinism' at the turn of the eighteenth century; insulted by the 'simplicity' of the Poems in Two Volumes of 1807; reassured by his commitment to Nature and his reverence for Church and State in the early Victorian period.

In the twentieth century, Wordsworth has been subjected to a series of extensive critical reappraisals. With reference to a wide range of the poetry, Williams goes on to discuss the way Wordsworth has been variously reconstructed as a consequence of the main critical and theoretical initiatives of the last one hundred years. He also examines the Wordsworth we have inherited for the twenty-first century: a poet many still feel has important things to say to the contemporary reader about human relationships, nature, the environment, and our imaginative life.