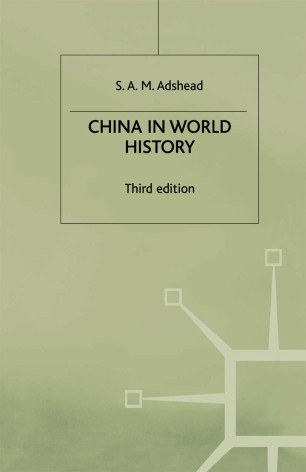 This revised edition provides a new preface to this highly popular book. The theme of the book is China's relations with the non-Chinese world, not only political and economic, but cultural, social and technological as well. It seeks to show that China's history is part of everyone's history. In particular it traces China's relationship since the thirteenth century to the emergent world order and the various world institutions of which that order is composed. Each chapter discusses China's comparative place in the world, the avenues of contact between China and other civilizations, and who and what passed along those channels.

S.A.M. ADSHEAD is Professor Emeritus in History at the University of Canterbury in Christchurch, New Zealand. He was educated at Stowe School and Christ Church, Oxford, and studied Chinese History at Harvard University. He is the author of The Modernization of the Chinese Salt Administration, Province and Politics in Late Imperial China, Salt and Civilization, Central Asia in World History and The Philosophy of History in Nineteenth-Century England and Beyond.