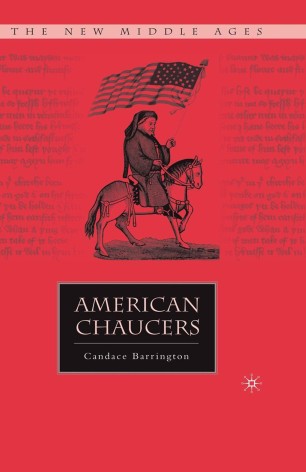 This study provides extensive readings of overlooked American reconstructions of Chaucer and The Canterbury Tales from the colonial to postmodern periods, demonstrating how these repackagings convey uniquely American ideas.

"A pioneering, meticulously-researched account of Chaucer's absorptions into mainstream American culture: one that tells a quite different story from that of his popular fortunes in England. The robust confidence with which Chaucer is adapted to American risk-taking and entrepreneurial strategies, and the importance of cross-gendering women in staging Chaucerian performances, makes for fascinating reading. An important book that helps both gauge and bridge the distance between professorial Chaucer and cultures outside the American classroom: recommended." - David Wallace, Judith Rodin Professor of English, University of Pennsylvania; President, New Chaucer Society, 2004-6"Candace Barrington's American Chaucers...offers a substantial contribution to the series in which it appears and the study of Chaucerian reception. It demonstrates the great benefits of its transdisciplinarity by engaging texts that have hitherto been ignored." - The Medieval Review