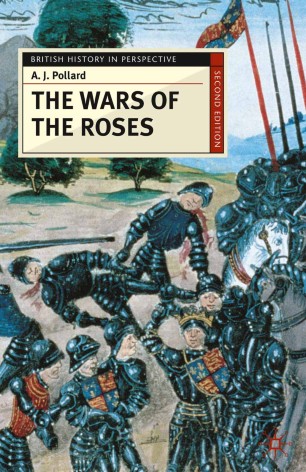 The Wars of the Roses

The civil wars of the first half of the fifteenth century still stand in the popular imagination as the period of greatest anarchy in English history. While historians have long taken a more measured view, controversy still surrounds their interpretation.

In this revised edition of his revaluation of the Wars of the Roses, A. J. Pollard has incorporated into the text the product of new research and consideration of the debates which have emerged since the book was first published in 1988. These include the new stress on 'constitutional' history, intensified dispute about the origins of the wars, and recent reinterpretations of the careers of some of the principal personalities.

In a topic which has become more contested in the last decade of the twentieth century, this introduction offers a succinct narrative, a review of the historiography and an overview of the problems of interpretation of the character, causes, impact and consequences of the wars which periodically disrupted England between 1459 and 1487.

A. J. POLLARD is Professor of History at the University of Teesside.