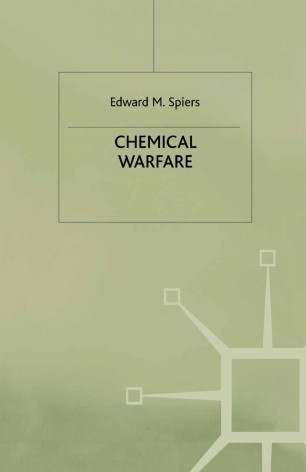 Ever since its employment in the First World War, chemical warfare has always aroused controversy. Governments have responded by pursuing the policies of disarmament and deterrence in the hope of avoiding its recurrence. However, despite the signing of the Geneva Protocol in 1925 which banned the use of poison gas, chemical weapons have been used in subsequent conflicts and most recently in the Gulf War between Iraq and Iran. In this work the policies of disarmament and deterrence will be reassessed within a broad historical and strategic context. It will be argued that poison gas could still be used in a modern European conflict; that the Soviet forces are the best equipped to operate in a contaminated environment; and that weaknesses persist in NATO's anti-chemical defences and in her deterrent. It will be emphasised, too, that the Geneva disarmament talks, which have made some progress in recent years, still face formidable difficulties over the issues of verification and compliance. Above all, it will be claimed that the onset of nuclear parity between the superpowers has eroded the credibility of a deterrent to chemical attack based upon the threat of nuclear release. Accordingly, this book will contend that the United States should modernize her stockpile of chemical weapons to bolster the Western deterrent and to provide more leverage for the negotiations in Geneva.