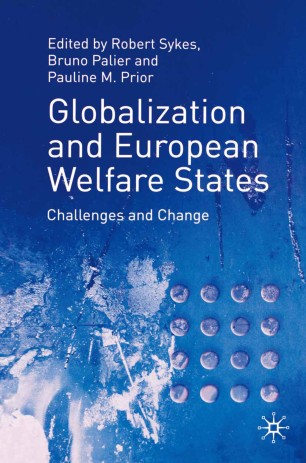 Firstly the key theoretical and conceptual debates are reviewed and the existing perspectives on globalization and welfare policy change are assessed. The text moves on to explore and challenge the more apocalyptic economic perspectives on globalization and welfare that suggest permanent retrenchment. The discussion includes an outline and assessment of the role of international organisations such as the World Bank and the EU.

All the major types of European national welfare system are considered: Bismarkian, Southern, Central and Eastern European, Nordic and Liberal. Individual chapters outline recent welfare policy changes in the European countries of each system, and the role of globalization in such changes.

This ground-breaking text provides new empirical and theoretical perspectives on links between globalization and European welfare state change. It will be important reading for students and academics in the fields of social policy, politics, international relations, European studies and related fields.

ROBERT SYKES is Principal Lecturer in Social Policy at Sheffield Hallam University. He is a member of the Executive Committee of the British Social Policy Association and convenes its comparative social policy study group.

BRUNO PALIER is Chargé de Recherches at CNRS, in the Centre d'études de la vie politique française (CEVIPOF), Paris. He is a member of the Management Committee of Cost A15, 'reforming the welfare system in Europe'.

PAULINE PRIOR is Lecturer in Social Policy at The Queen's University of Belfast. She has a background in practice and management within social services in Northern Ireland and she is the author of Gender and Mental Health (Palgrave 1999).