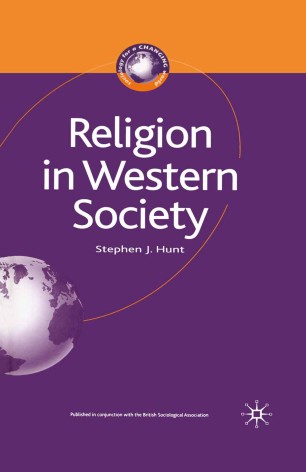 Part of the Sociology for a Changing World book series (SCW)

This book offers a comprehensive account of the nature and expression of contemporary forms of religion in Western societies. Drawing both on recent original work and classical and contemporary conceptual frameworks, it examines the beliefs, practices, patterns of organisation and significant trends in both mainstream and fringe religions including cults and quasi-religions. Competing arguments and theories about key developments are treated fully and fairly and there is a clear sense throughout of the social context. The approach is broadly sociological and the well-paced, jargon-free writing style and clearly sectioned chapters make this an ideal text for teaching and study purposes, both in sociology and religious studies. Amongst the themes and concerns covered are:

* what we mean in the first place by religion
* secularisation and new expressions of religiosity
* the effect of religion on society and the relationship between religion and social change
* the links between belief, belonging and social identity
* contemporary Christianity and the religions of ethnic minorities in the West
* globalisation, religious pluralism and postmodernity

STEPHEN J. HUNT is Senior Lecturer in Sociology at the University of West of England, Bristol. He has written widely on contemporary Christianity and new religious movements.

STEPHEN HUNT is Senior Lecturer in Sociology at the University of West of England. He has written widely on contemporary Christianity and new religious movements.