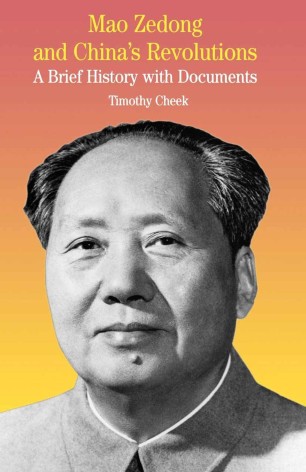 Whether one views Mao Zedong as a hero or a demon, the "Great Helmsman" was undoubtedly a pivotal figure in the history of 20th-century China. The first part of this volume is an introductory essay that traces the history of 20th-century China, from Mao's early career up to the Chinese Communist Party's victory in 1949, through three decades of revolution, to Mao's death I 1976. The second half offers a selection of Mao's writings - including such seminal pieces as "On the New Democracy" and selections from the "Little Red Book" - and writings about Mao and his legacy by both his contemporaries and modern scholars. Also included are headnotes, a chronology, Questions for Consideration, photographs, a selected bibliography, and index.

Timothy Cheek is Associate Professor of History at Colorado College.