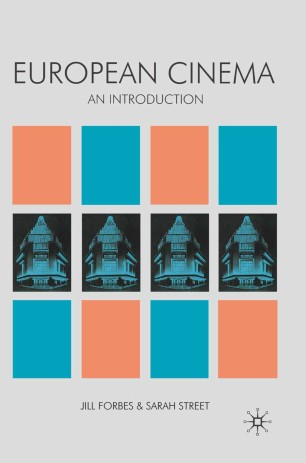 The survival of cinema in Europe and the analysis of its heritage are key issues for the new century. This book asks how we can define European cinema and how it should be studied. It provides an overview of the problems, traditions and key questions that have informed the study of European cinema, investigating the links and tensions between Europe and Hollywood and exploring the different experiences of national identities within a common European framework.

Twelve case studies of individual European films ranging from The Battleship Potemkin and The Lodger, to La Haine and Trainspotting, illustrate the distinctiveness and variety of cinema in Europe as well as the various critical methods by which it can be studied.

With its detailed analysis of films from several European countries including Britain and Russia, the book encourages a comparative approach and raises urgent questions about the future of European cinema in the context of globalization. It will be of interest to students in Film Studies, European Studies and Modern European Languages and Cultures.

JILL FORBES is Professor of French at Queen Mary and Westfield College, University of London. She is an international authority on French cinema and author of many publications in the field including The Cinema in France: After the New Wave (Macmillan, 1992), French Cultural Studies (Oxford University Press, 1995, with Michael Kelly) and Les Enfants du Paradis (BFI, 1997).

SARAH STREET is Senior Lecturer in Film and Television Studies at the University of Bristol. A distinguished authority on British cinema, her publications include Cinema and State (co-authored with Margaret Dickinson, 1985) and British National Cinema (Routledge, 1997).