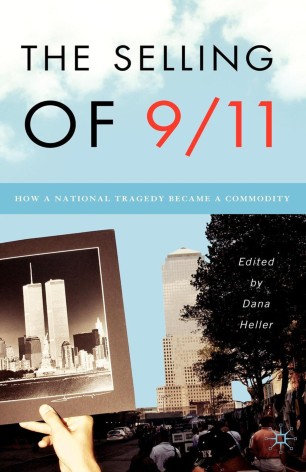 How a National Tragedy Became a Commodity

The Selling of 9/11 argues that the marketing and commodification of the terrorist attacks of September 11, 2001, reveal the contradictory processes by which consumers in the United States (and around the world) use, communicate, and construct national identity and their sense of national belonging through cultural and symbolic goods. Contributors illuminate these processes and make important connections between myths of nation, practices of mourning, theories of trauma, and the politics of post-9/11 consumer culture. Their essays take critical stock of the role that consumer goods, media and press outlets, commercial advertising, marketers and corporate public relations have played in shaping cultural memory of a national tragedy.

DANA HELLER is Professor of English and Director of the Humanities Institute at Old Dominion University in Norfolk, Virginia, USA.

"The Selling of 9/11 lays out for us in clear language exactly how the terrible events of that day led to a wholesale commodification of US nationalism. Whether or not you think the world changed on September 11 2001, you need to read this book. It will change the way you think about those events." - Toby Miller, University of California, Riverside

"Although there have been many pained, pious and political responses to 9-11, very little has been said about business as usual - about consumerism and commodification. This timely volume begins to break the silence. Is the proliferation of 9-11 memorabilia to be taken as a healthy alternative to national abjection, or is it just an irrepressible commitment to making money? What is the culture of kitsch, and the place of kitsch in culture? Does the national imaginary function best when generating self-parody, and if so could this be called critique? The Selling of 9/11 sets a remarkably high standard for the application of cultural studies models to the most sensitive domain of recent culture: the "attack on America" of September 2 2001." - David Simpson, University of California, Davis