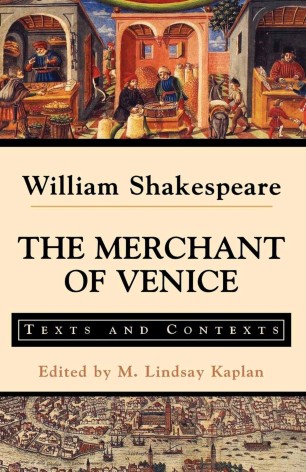 The Merchant of Venice

Part of the The Bedford Shakespeare Series book series (BESS)

This edition of Shakespeare s The Merchant of Venice reprints the Bevington edition of the play accompanied by four sets of thematically arranged primary documents and illustrations designed to facilitate many different approaches to Shakespeare s play and the early modern culture out of which the play emerges. The texts include maps, woodcuts, sermons, statutes, early modern documents reflecting Christian attitudes toward Jews and Jewish reactions to these attitudes, excerpts from the bible on money lending as well as contemporary discourses on usury and commerce, excerpts from the first account of Jewish life written in the vernacular by a Jew for a Christian audience, anti-Catholic tracts, travel accounts, diplomatic reports, scenes from a morality play about the corrupting effects of money, royal proclamations concerning the treatment of aliens, conduct literature, and contemporary treatises on the role of women.