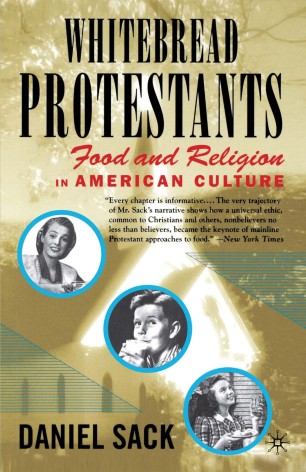 Food and Religion in American Culture

At the beginning of Whitebread Protestants, Daniel Sack writes "When I was young, church meant food. Decades later, it's hard to point to particular events, but there are lots of tastes, smells, and memories such as the taste of dry cookies and punch from coffee hour - or that strange orange drink from vacation Bible school." And so he begins this fascinating look at the role food has played in the daily life of the white Protestant community in the United States. He looks at coffee hours, potluck dinners, ladies' afternoon teas, soup kitchens, communion elements, and a variety of other things. A blend of popular culture, religious history and the growing field of food studies, the book will reveal both conflict and vitality in unexpected places in American religious life.