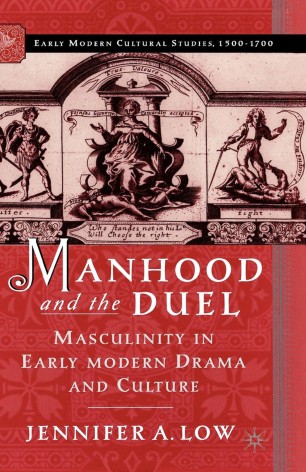 Manhood and the Duel: Masculinity in Early Modern Drama and Culture

As cultural practice, the early modern duel both indicated and shaped the gender assumptions of wealthy young men; it served, in fact, as a nexus for different, often competing, notions of masculinity. As Jennifer Low illustrates by examining the aggression inherent in single combat, masculinity could be understood in spatial terms, social terms, or developmental terms. Low considers each category, developing a corrective to recent analyses of gender in early modern culture by scrutinizing the relationship between social rank and the understanding of masculinity. Reading a variety of documents, including fencing manuals and anti-dueling tracts as well as plays by Shakespeare, Jonson, Middleton, and other dramatists, Low demonstrates the interaction between the duel as practice, as stage-device, and as locus of early modern cultural debate.