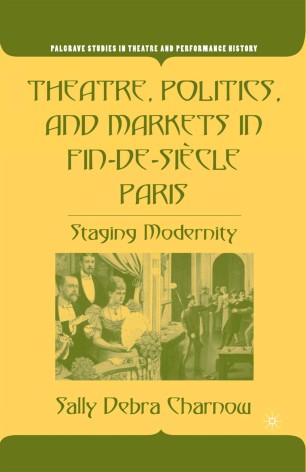 Since the Enlightenment, French theatre has occupied a prominent place within French thought, society and culture, but as a subject of study it has remained a purview of theatre historians, literary scholars and aestheticians. They focus on the emergence of the modern theatre as change generated from within bourgeois literary drama but ignore theatre as a complex social practice. Theatre, Politics, and Markets in Fin-de-Siècle Paris investigates the dynamic relationships among the avant-garde, official culture and the commercial sphere, arguing against the neat divide of 'high' and 'low' culture by showing how cultural forms of varying social origins influenced each other.