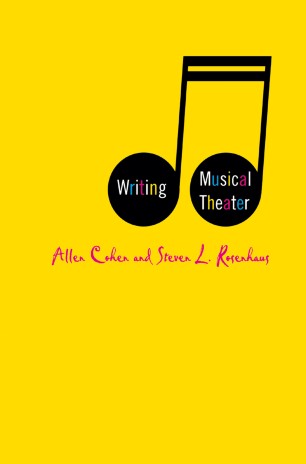 This guide to the modern musical covers the entire process of creating a show, from finding and working out the initial idea, through to the ways in which writers can market a finished show and get it produced. For the interested theatregoer and writers, it is written in a lively and user-friendly style and illustrated with numerous examples.

STEVEN L. ROSENHAUS has written music and/or lyrics for several musicals, as well as incidental music for plays, film scores and commercials. His concert works in a variety of genres have been performed throughout the United States, Canada and Europe. He has over a hundred original works and arrangements in print, and several works recorded on compact discs. He serves as Adjunct Assistant Professor of Composition at New York University, USA, teaching both classical and musical theatre composition, and also teaches song writing and other subjects at Nassau Community College.

ALLEN COHEN has written the scores for several musicals, four films and two off-Broadway plays. He has conducted, or written dance music for, six musicals on Broadway and many shows off-Broadway and around the country. His concert music has been performed throughout the world and recorded on several compact discs. Currently Assistant Professor of Music at Fairleigh Dickinson University, USA, he is a former member of the BMI and ASCAP Musical Theatre Workshops. He is the author of Howard Hanson in Theory and Practice and the children's book That's So Funny I Forgot to Laugh!, which has sold more than half a million copies.