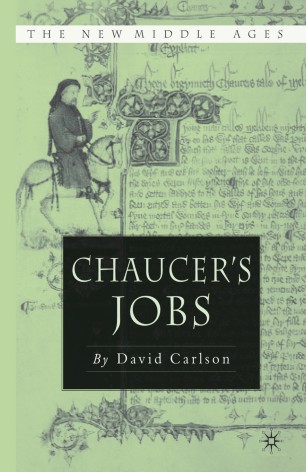 Geoffrey Chaucer was not a writer, primarily, but a privileged official place-holder. Prone to violence, including rape, assault, and extortion, the poet was employed first at domestic personal service and subsequently at police-work of various sorts, protecting the established order during a period of massive social upset. Chaucer's Jobs shows that the servile and disciplinary nature of the daily work Chaucer did was repeated in his poetry, which by turns flatters his aristocratic betters and deals out discipline to malcontent others. Carlson contends that it was this social-political quality of Chaucer's writings, not artistic merit, that made him the 'Father of English Poetry'.