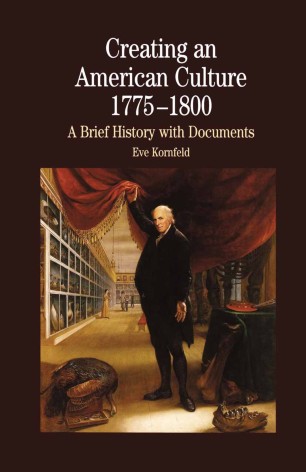 Amid the battle for American independence and the struggle to invent a federal government, American Revolutionary leaders and intellectuals sought also to create a culture that would unify a territory of immense regional, ethnic, and religious diversity. In a sophisticated yet accessible interpretive narrative, Eve Kornfeld examines the efforts of Noah Webster, Benjamin Rush, George Washington, Judith Sargent Murray, David Ramsay, Mercy Otis Warren, and others to invent a national literature, narrate a story of nationhood, and educate a diverse people for virtuous Republican citizenship. Among the 31 documents following the narrative are early attempts at American epic poetry, excerpts from the first narrative histories of the United States, and commentaries on the place of women and Indians in national life. Headnotes to the documents, reproductions of early paintings and portraits, a chronology, questions for consideration, a bibliography, and an index are also included.