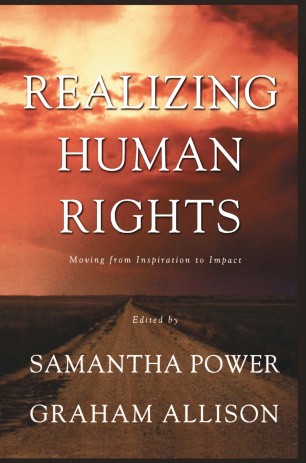 Moving from Inspiration to Impact

At the dawn of a new era, this book brings together leading activists, policy-makers and critics to reflect upon fifty years of attempts to improve respect for human rights. Authors include President Jimmy Carter, who helped inject human rights concerns into US policy; Wei Jingsheng, who struggled to do so in China; Louis Henkin, the modern "father" of international law, and Richard Goldstone, the former chief prosecutor for the Yugoslav and Rwandan war crimes tribunals. A half-century since the adoption of the Universal Declaration of Human Rights the time is right to assess how policies and actions effect the realization of human rights and to point to new directions and challenges that lie ahead. A must have for everyone in the human rights community and the broader foreign policy community as well as the reader who is increasingly aware of the visibility of human rights concerns on the public stage.