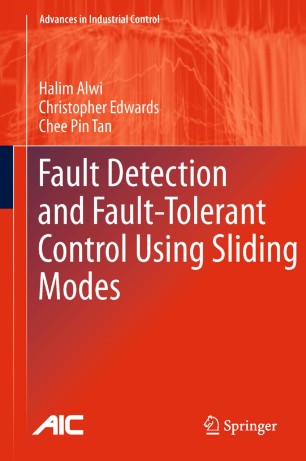 Fault Detection and Fault-tolerant Control Using Sliding Modes is the first text dedicated to showing the latest developments in the use of sliding mode concepts for fault detection and isolation (FDI) and fault-tolerant control in dynamical engineering systems. It begins with an introduction to the basic concepts of sliding modes to provide a background to the field. This is followed by chapters that describe the use and design of sliding mode observers for FDI based on robust fault reconstruction. The development of a class of sliding mode observers is described from first principles through to the latest schemes that circumvent minimum-phase and relative-degree conditions. Recent developments have shown that the field of fault tolerant control is a natural application of the well-known robustness properties of sliding mode control. A family of sliding mode control designs incorporating control allocation, which can deal with actuator failures directly by exploiting redundancy, is presented. Various realistic case studies, specifically highlighting aircraft systems and including results from the implementation of these designs on a motion flight simulator, are described.

A reference and guide for researchers in fault detection and fault-tolerant control, this book will also be of interest to graduate students working with nonlinear systems and with sliding modes in particular.

Dr. Halim Alwi graduated in 2000 with a first class B.Eng. (Hons) degree in Mechanical Engineering from Leicester University and was awarded the JN Frears Prize 2000 for outstanding performance by a mechanical engineering student. From 2000-2004 he was an engineer at The New Straits Times Press, Malaysia. At the end of 2004, he returned to the University of Leicester as a postgraduate student funded by the Engineering and Physical Sciences Research Council and an Overseas Research scholarship. From 2005 - 2008, he was a member of GARTEUR (Group for Aeronautical Research and Technology in Europe) Action Group on Fault Tolerant Control. He obtained his Ph.D. in 2008 from the University of Leicester in the area of fault tolerant control applied to aerospace systems. In Oct 2008 he was awarded a Research Visit grant to Delft University of Technology, Faculty of Aerospace Engineering by the British Council, UK-Netherlands Partnership Programme in Science. He is the author of 17 refereed papers (including 4 journal papers) and 2 chapter contributions to edited monographs. His research interests include sliding-mode control systems, fault detection and isolation and fault-tolerant control. He is currently a research associate in the Engineering Department, University of Leicester funded by the EU FP7 project 'ADDSAFE'.

Dr. Christopher Edwards graduated from Warwick University in 1987 with first class honours in Mathematics. Between 1987 and 91 he was employed by British Steel Technical Division as a Research Officer, responsible for developing mathematical models of industrial processes. In 1991 he moved to Leicester University as a postgraduate student in the Engineering Department funded by a British Gas Research Scholarship and was awarded a Ph.D. in 1995. He was appointed as a Lecturer in Control Engineering in October 1996, promoted to Senior Lecturer in April 2004 and Reader in 2008. He is a member of the IEEE and a member of the IMA (which constitutes chartered mathematician status). He is the author of over 200 refereed papers (including 75 journal papers) and 9 chapter contributions to edited monographs. He is the author of two books Sliding Mode Control: Theory and Applications (Taylor & Francis, 1998), and Advances in Variable Structure and Sliding Mode Control (Springer, 2006). His research interests include sliding-mode control systems, fault detection and isolation and fault-tolerant control.

Dr. Chee Pin Tan graduated from Leicester University in 1998 with first class honours in Electrical and Electronic Engineering, top of his class. He then undertook a Ph.D. from the same university in 1999, funded by a Engineering and Physical Sciences Research Council and Overseas Research scholarships, and graduated in 2002. In the same year, he was appointed as Lecturer in the School of Engineering, Monash University Sunway campus Malaysia, and subsequently promoted to Senior Lecturer in 2008. He received the Pro-Vice-Chancellor's (PVC) award for Distinguished Teaching in 2006, followed by the PVC Award for Excellence in Research by Early Career Researchers in 2007. He is an active member of the IEEE, having been the founding secretary of the IEEE Robotics and Automation Society chapter in Malaysia. He is the author of over 40 refereed papers (including 14 journal papers) and 3 chapter contributions to edited monographs. His research interests include robust fault reconstruction and state estimation.