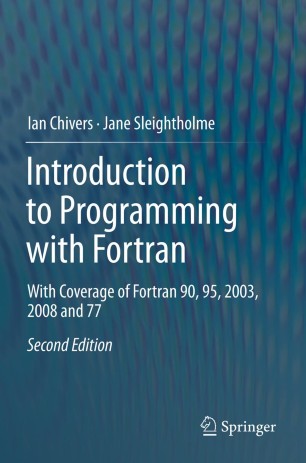 This edition has been revised to stress the use of modern Fortran throughout.

This edition has three target audiences:

Ian Chivers and Jane Sleightholme are the joint owners of comp-fortran-90 which is a lively forum for the exchange of technical details of the Fortran language. Ian is the editor of the ACM Fortran Forum and both Jane and Ian have both been involved in the Fortran standardisation process. The authors have been teaching and supporting Fortran and related areas for over 30 years and their latest book reflects the lessons that have been learnt from this.