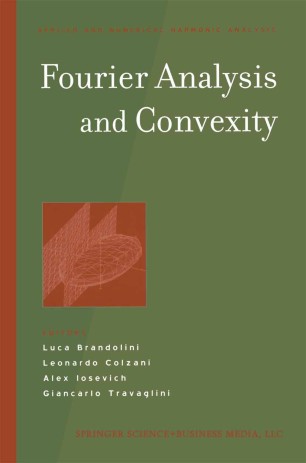 Over the course of the last century, the systematic exploration of the relationship between Fourier analysis and other branches of mathematics has lead to important advances in geometry, number theory, and analysis, stimulated in part by Hurwitz’s proof of the isoperimetric inequality using Fourier series.

* the geometric properties of convex bodies

* the study of Radon transforms

* the geometry of numbers

* restriction problems for the Fourier transform

The book presents both a broad overview of Fourier analysis and convexity as well as an intricate look at applications in some specific settings; it will be useful to graduate students and researchers in harmonic analysis, convex geometry, functional analysis, number theory, computer science, and combinatorial analysis. A wide audience will benefit from the careful demonstration of how Fourier analysis is used to distill the essence of many mathematical problems in a natural and elegant way.