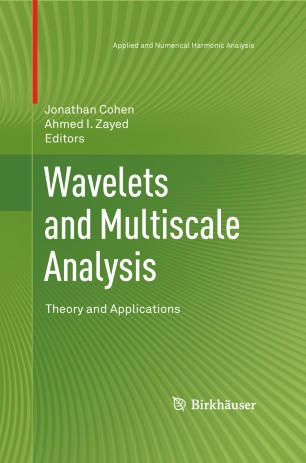 Since its emergence as an important research area in the early 1980s, the topic of wavelets has undergone tremendous development on both theoretical and applied fronts. Myriad research and survey papers and monographs have been published on the subject, documenting different areas of applications such as sound and image processing, denoising, data compression, tomography, and medical imaging. The study of wavelets remains a very active field of research, and many of its central techniques and ideas have evolved into new and promising research areas.

This volume, a collection of invited contributions developed from talks at an international conference on wavelets, features expository and research articles covering current and emerging areas in the theory and applications of wavelets. The book is divided into three parts: Part I is devoted to the mathematical theory of wavelets and features several papers on wavelet sets and the construction of wavelet bases in different settings. Part II looks at the use of multiscale harmonic analysis for understanding the geometry of large data sets and extracting information from them. Part III focuses on applications of wavelet theory to the study of several real-world problems.

Wavelets and Multiscale Analysis: Theory and Applications is an excellent reference for graduate students, researchers, and practitioners in theoretical and applied mathematics, or in engineering.