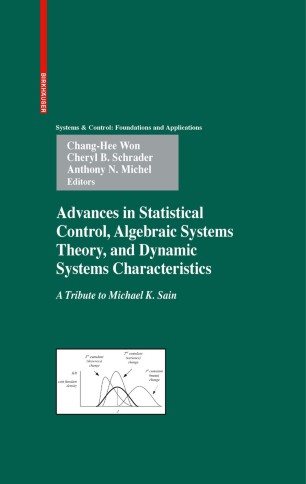 A Tribute to Michael K. Sain

This volume—dedicated to Michael K. Sain on the occasion of his seventieth birthday—is a collection of chapters covering recent advances in stochastic optimal control theory and algebraic systems theory. Written by experts in their respective fields, the chapters are thematically organized into four parts:

* Part I focuses on statistical control theory, where the cost function is viewed as a random variable and performance is shaped through cost cumulants. In this respect, statistical control generalizes linear-quadratic-Gaussian and H-infinity control.

* Part IV covers engineering education and includes a unique chapter on theology and engineering, one of Sain's latest research interests.