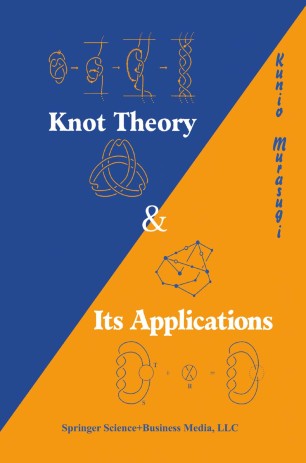 Knot Theory and Its Applications

Knot theory is a concept in algebraic topology that has found applications to a variety of mathematical problems as well as to problems in computer science, biological and medical research, and mathematical physics. This book is directed to a broad audience of researchers, beginning graduate students, and senior undergraduate students in these fields.

The book contains most of the fundamental classical facts about the theory, such as knot diagrams, braid representations, Seifert surfaces, tangles, and Alexander polynomials; also included are key newer developments and special topics such as chord diagrams and covering spaces. The work introduces the fascinating study of knots and provides insight into applications to such studies as DNA research and graph theory. In addition, each chapter includes a supplement that consists of interesting historical as well as mathematical comments.

The author clearly outlines what is known and what is not known about knots. He has been careful to avoid advanced mathematical terminology or intricate techniques in algebraic topology or group theory. There are numerous diagrams and exercises relating the material. The study of Jones polynomials and the Vassiliev invariants are closely examined.

"The book ...develops knot theory from an intuitive geometric-combinatorial point of view, avoiding completely more advanced concepts and techniques from algebraic topology...Thus the emphasis is on a lucid and intuitive exposition accessible to a broader audience... The book, written in a stimulating and original style, will serve as a first approach to this interesting field for readers with various backgrounds in mathematics, physics, etc. It is the first text developing recent topics as the Jones polynomial and Vassiliev invariants on a level accessible also for non-specialists in the field." -Zentralblatt Math