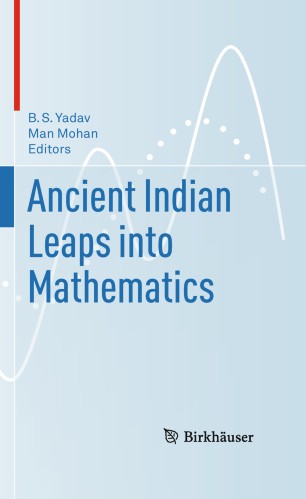 This book presents contributions of mathematicians covering topics from ancient India, placing them in the broader context of the history of mathematics. Although the translations of some Sanskrit mathematical texts are available in the literature, Indian contributions are rarely presented in major Western historical works. Yet some of the well-known and universally-accepted discoveries from India, including the concept of zero and the decimal representation of numbers, have made lasting contributions to the foundation of modern mathematics.

Ancient Indian Leaps into Mathematics examines these ancient mathematical ideas that were spread throughout India, China, the Islamic world, and Western Europe. Through a systematic approach, it gives an historical account of ancient Indian mathematical traditions and their influence on other parts of the world.