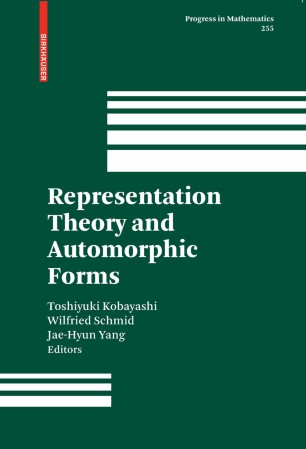 Part of the Progress in Mathematics book series (PM, volume 255)

Representation theory relates to number theory through the Langlands program, which conjecturally connects algebraic extensions of number fields to automorphic representations and L-functions. These are the subject of several of the papers. Multiplicity-free representations constitute another subject, which is approached geometrically via the notion of visible group actions on complex manifolds.

Both graduate students and researchers will find inspiration in this volume.