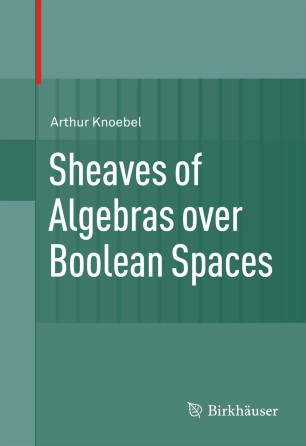 Sheaves of Algebras over Boolean Spaces

This text presents intuitive ideas from topology such as the notion of metric space and the concept of central idempotent from ring theory. These lead to the abstract notions of complex and factor element, respectively. Factor elements are defined by identities, discovered for shells for the first time, explaining why central elements in rings and lattices have their particular form. Categorical formulations of the many representations by sheaves begin with adjunctions and move to equivalences as the book progresses, generalizing Stone’s theorem for Boolean algebras.

Half of the theorems provided in the text are new; the rest are presented in a coherent framework, starting with the most general, and proceeding to specific applications. Many open problems and research areas are outlined, including a final chapter summarizing applications of sheaves in diverse fields that were not covered earlier in the book.

This monograph is suitable for graduate students and researchers, and it will serve as an excellent reference text for those who wish to learn about sheaves of algebras.