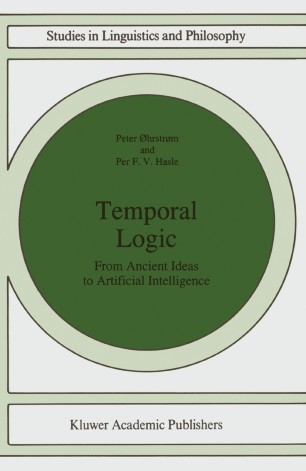 From Ancient Ideas to Artificial Intelligence

Part of the Studies in Linguistics and Philosophy book series (SLAP, volume 57)

Temporal Logic: From Ancient Ideas to Artificial Intelligence deals with the history of temporal logic as well as the crucial systematic questions within the field. The book studies the rich contributions from ancient and medieval philosophy up to the downfall of temporal logic in the Renaissance. The modern rediscovery of the subject, which is especially due to the work of A. N. Prior, is described, leading into a thorough discussion of the use of temporal logic in computer science and the understanding of natural language.
Temporal Logic: From Ancient Ideas to Artificial Intelligence thus interweaves linguistic, philosophical and computational aspects into an informative and inspiring whole.