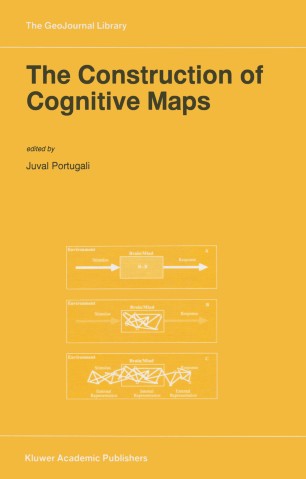 The Construction of Cognitive Maps

and processes which are exclusive to humans in their encoding, storing, decoding and retrieving spatial knowledge for various tasks. The authors present and discuss connectionist models of cognitive maps which are based on local representation, versus models which are based on distributed representation, as well as connectionist models concerning language and spatial relations. As is well known, Gibson's (1979) ecological approach suggests a view on cognition which is diametrically different from the classical main stream view: perception (and thus cognition) is direct, immediate and needs no internal information processing, and is thus essentially an external process of interaction between an organism and its external environment. The chapter by Harry Heft introduces J. J. Gibson's ecological approach and its implication to the construction of cognitive maps in general and to the issue of wayfinding in particular. According to Heft, main stream cognitive sciences are essentially Cartesian in nature and have not as yet internalized the implications of Darwin's theory of evolution. Gibson, in his ecological approach, has tried to do exactly this. The author introduces the basic terminology of the ecological approach and relates its various notions, in particular optic flow, nested hierarchy and affordances, to navigation and the way routes and places in the environment are learned.