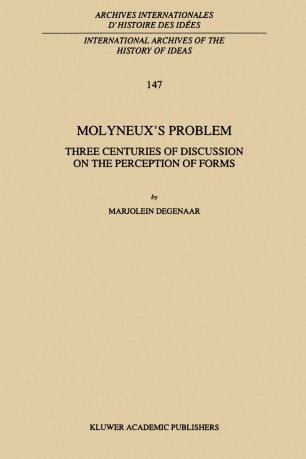 Three Centuries of Discussion on the Perception of Forms

Suppose that a congenitally blind person has learned to distinguish and name a sphere and a cube by touch alone. Then imagine that this person suddenly recovers the faculty of sight. Will he be able to distinguish both objects by sight and to say which is the sphere and which the cube?
This was the question which the Irish politician and scientist William Molyneux posed in 1688 to John Locke. Molyneux's question has intrigued a wide variety of intellectuals for three centuries. Those who have attempted to solve it include Berkeley, Reid, Leibniz, Voltaire, La Mettrie, Condillac, Diderot, Müller, Helmholtz, William James and Gareth Evans. This book is the first comprehensive survey of the history of the discussion about Molyneux's problem. It will be of interest to historians of both philosophy and psychology.