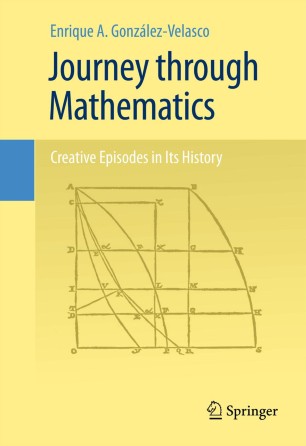 Creative Episodes in Its History

This book offers an accessible and in-depth look at some of the most  important episodes of two thousand years of mathematical history. Beginning with trigonometry and moving on through logarithms, complex numbers, infinite series, and calculus, this book profiles some of the lesser known but crucial contributors to modern day mathematics. It is unique in its use of primary sources as well as its accessibility; a knowledge of first-year calculus is the only prerequisite. But undergraduate and graduate students alike will appreciate this glimpse into the fascinating process of mathematical creation.

The history of math is an intercontinental journey, and this book showcases brilliant mathematicians from Greece, Egypt, and India, as well as Europe and the Islamic world. Several of the primary sources have never before been translated into English. Their interpretation is thorough and readable, and offers an excellent background for teachers of high school mathematics as well as anyone interested in the history of math.

Features of this book include:

-Dozens of diagrams and photographs of original sources

-A detailed history of the calculus as it was being written, and a new analysis of Leibniz's writings on the subject

-The first English translation of the first published proof of the fundamental theorem of Calculus, given by James Gregory in 1668

-An accessible discussion of James Gregory's work, including his invention of Taylor series forty years before Taylor

-An original English translation of extended portions of works by José Anastácio da Cunha, a little known but important contributor to the convergence of series and the differential calculus, some of whose ideas were later attributed to Cauchy