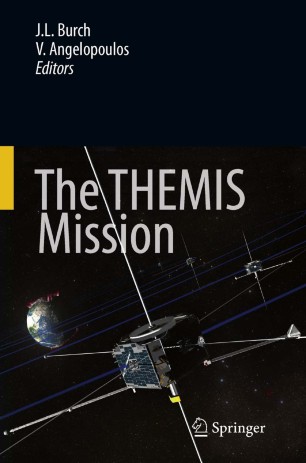 The THEMIS mission aims to determine the trigger and large-scale evolution of substorms by employing five identical micro-satellites which line up along the Earth's magnetotail to track the motion of particles, plasma, and waves from one point to another and for the first time, resolve space-time ambiguities in key regions of the magnetosphere on a global scale. The primary goal of THEMIS is to elucidate which magnetotail process is responsible for substorm onset at the region where substorm auroras map: (i) local disruption of the plasma sheet current (current disruption) or (ii) the interaction of the current sheet with the rapid influx of plasma emanating from reconnection. The probes also traverse the radiation belts and the dayside magnetosphere, allowing THEMIS to address additional baseline objectives. This volume describes the mission, the instrumentation, and the data derived from them.